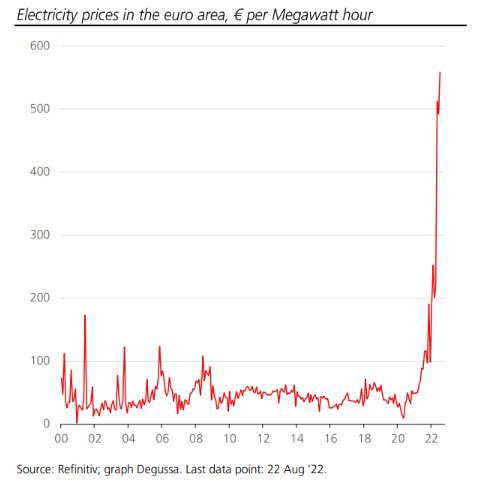 2022 has been a frustrating year for investors.  When stocks were at their June lows, it didn’t personally bother me.  That is what stocks do in a recession and it should be expected, especially after the above-average returns since March of 2009.  What has been bothering me much more is that the Barclay’s Aggregate Bond Index is also going down along with stocks and as I write, is almost down 10% year to date.  Diversification is extremely important for investors and it is imperative to have something go up when stocks go down to minimize your draw-downs.  Nobel Prize Winner, Harry Markowitz, called diversification “the only free lunch in finance”.  He also said, “To reduce risk it is necessary to avoid a portfolio whose securities are all highly correlated with each other. One hundred securities whose returns rise and fall in near unison afford little protection than the uncertain return of a single security.”After dozens of hours of research and discussions with investors, I have decided to add a 12% allocation to managed futures or Commodity Trading Advisors (CTAs) to my IRA models at Domestique Capital.

Most people are unfamiliar with this asset class, although it is estimated that there is $360 Billion invested across these strategies.  Managed Futures, also known as Commodity Trading Advisors (CTAs), are funds that are managed on a discretionary basis for clients that can invest long or short in commodities, interest rates, currencies, and equity indexes. The managers have created disciplined models that follow short, medium, or long-term trends in the futures market. These “trend followers” follow prices and do not try to predict what will happen. Instead, they manage solely based on their disciplined models.  John W. Henry, famous trend follower, and ownerof the Boston Red Sox, had this to say about his strategy:

His fund made him enough billions to be able to buy the Redsox.  He thinks differently and it has worked out for him in investing and in baseball.  Here is John W. Henry in the movie, Moneyball, making Billy Bean (played by Brad Pitt), the manager of the Oakland A’s an offer of over $12 million.  Bean was able to win as many games as the Yankees that season with a tiny budget by using statistics to find players that looked funny but could get on base.  Bean turned down Henry’s offer, but Henry was able to implement a sophisticated data-driven approach to baseball (like Bean had) and broke the “Curse of the Bambino” and won the World Series in 2004, 2007, 2013, and 2018.  The Redsox had not won the championship since 1918!

Trend followers have trades across Natural Gas, Bonds, Stocks Indexes, Currencies, Live Cattle, at the same time.  They often go into trades based on their trading system and then lose money right away as the trend changes and they get stopped out of the trade.  They do well when what they are trading has a long and uninterrupted move.  Having long and short bets on currencies, commodities, interest rates, and stocks appeals to me since the average investor doesn’t have those kinds of exposures.  Many CTAs crushed it on the long side of West Texas Crude in 2008 when it went from $100 per barrel to $148.  Once oil peaked, they exited their longs and many began to bet against oil as it proceeded to crash from $148 down to $37 per barrel.

So why did I add CTAs to my model portfolios?  The number one reason is diversification.  Some traders have made private-island money just in 2022 betting against the weakening Yen.  My clients didn’t have exposure to that trade.  CTAs also have also profited from betting against bonds this year.  We could have used a little cushioning as bonds have had a really bad 22.  Managed Futures also have low to no correlation to stocks over time.  The second reason I added them is that I could not be more negative on the world right now.  The Federal Reserve is raising rates and making financial conditions tighter in the middle of a recession!  I am not in the soft-landing camp.  Many of the smartest investors I follow expect the stock market to break the June lows in the next six months.  If that happens, CTAs will likely start shorting stocks and commodities and have the potential of making money during a stock rout.  In fact, someone has deemed CTAs to have “Crisis Alpha,” meaning they bring your portfolio some nice gains when stocks are losing rapidly.  IF they make money in a stock crash, I can take some of their profits to rebalance my portfolios into more stocks when stocks are cheaper.  The SocGen CTA Hedge Fund index returned 34% when the S&P 500 experienced a drawdown of -45% from August 2000 to September 2002. The SocGen CTA Hedge Fund index returned 13.5% during the financial crisis from October 2007 to February 2009 when S&P 500 returned -51%.

The third reason I added them now is that I think the world is in a major energy crisis with no short term solutions as I laid out earlier this year on my blog.  I went to Europe this Summer with my parents and we had a great time.  We wanted to go before their economy implodes this Winter and thousands are without heating.  This could be my last affordable and safe time to visit Europe for a few years.  I was amazed at how many people I saw in almost every country chopping wood for the Winter.  They know.  I believe there will be riots and demonstrations soon as many lose their jobs and businesses.  In short, Europe is screwed.  I can also see Italy leaving the EU after its forthcoming elections.  I hope I am wrong, but I don’t see how supply is going to come to Europe in anything less than 3 years.  How can French manufacturers compete with Asia when they pay so much more for energy, labor, and regulations?

With EDF’s announcement today, French power prices for 2023 are trading €900/MWH with winter prices above €1.500/MWH (or an eye-popping 30X the 5-yr average price). I’m surprised this isn’t front-page news all over the west. #France ⁦@SullyCNBC⁩ ⁦⁦@SquawkCNBC⁩ pic.twitter.com/hwSyOSRcDB

Here is Macron trying to lower people’s expectations and essentially say they don’t ever get to live like they did in 2019 and before.

It is not just a French problem.  It is all of Europe.

This is not GameStop, AMC or even Bed Bath and Beyond. It’s electricity prices in Europe pic.twitter.com/K8SgaQpClT

The natural gas price is 10x the U.S. price and it is not even Winter yet.  If my average gas bill in a cold month in Texas is $300, that would cost $3,000/m in Europe.  Keep in mind most of Europe has longer and colder winters than we do.

$92 per MMBtu natural gas in Europe – TEN TIMES the US price! pic.twitter.com/ro8Eo2PqA0

Look at this Amazing anecdote out of Germany.

The U.K. is even openly anticipating civil unrest for this winter.

Energy executives in the UK have warned the government that the country faces the prospect of mass civil unrest as a result of people being unable to afford their heating and electricity bills this winter.https://t.co/8Jezpmkb0e

I expect Europe to break down like Pakistan over the same issues. There is only so much people can take.  Imagine a few months of $2,500 utility bills when so many people already are stretched and living paycheck to paycheck.

People took to the streets after receiving huge utility bills despite 12-16 hour daily black out 🚨 pic.twitter.com/coQU6Y7ozD

Europe has more immediate problems, but expect the U.S. to share in the suffering. I recently received my July/August electric bill and was shocked that it was $540. My highest bill in 2020 or 21 was $365! I was angry, but at least I can pay it.  I immediately realized that a crisis is here in the U.S., too.  It turned out my intuition was right when Bloomberg reported that 20 million households, or 1 in 6, are behind on their utility bills!  My house is heated by a natural gas line and I just received an email from Atmos, my gas provider, to set my expectations that my gas bill is going to make me cry this Winter.  The Government has also sold the Strategic Petroleum Reserve down to levels not seen since 1985!  Once they have sold all they can, expect gasoline prices to challenge $6 again. 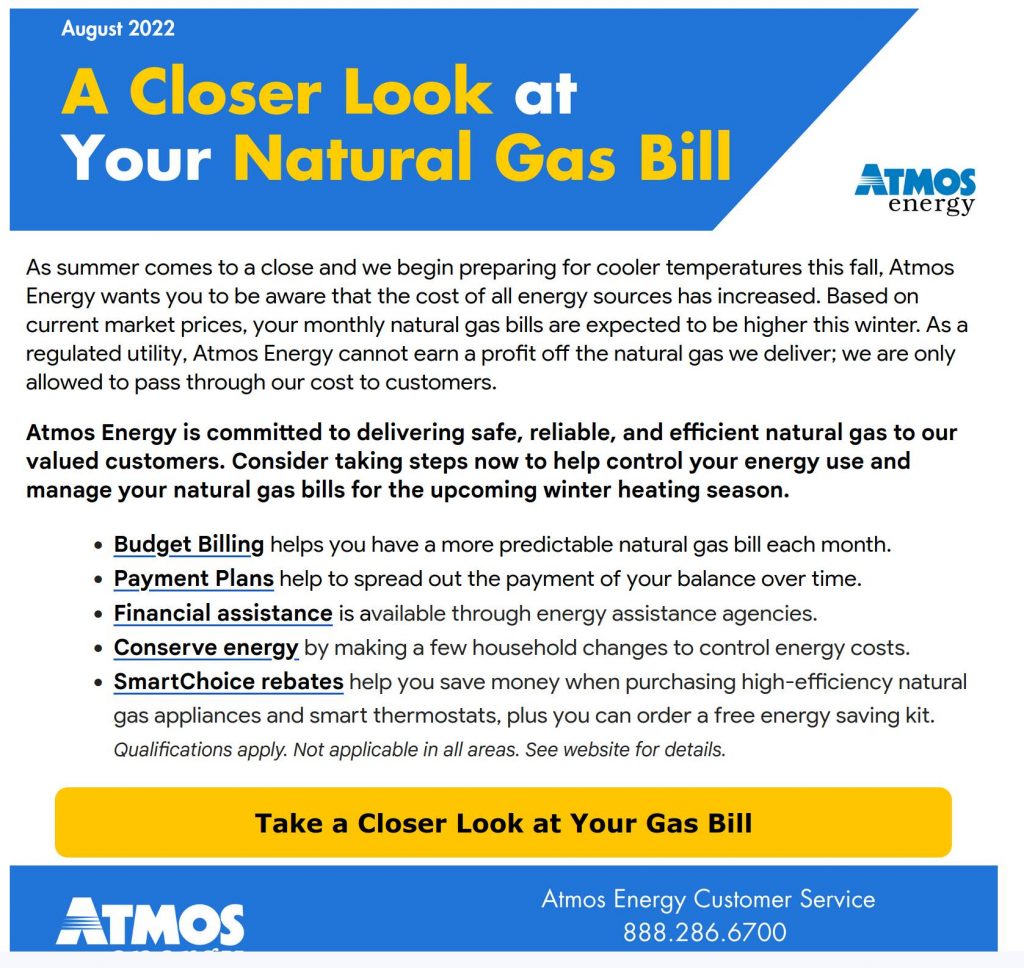 With energy and food prices increasing so much, there is going to be a large percentage of the population that doesn’t have enough paycheck at the end of the month.  I can see a scenario where Natgas, oil, and other commodities do spectacular while stocks and bonds continue to drop.  I like how managed futures can provide us more diversification and potentially profit from commodity prices rising while stocks and bonds could be dropping.

Well Damon, you did a good job of explaining the pros.  Everybody knows there is no such thing as a free lunch.  What are cons of CTAs?  I am glad you asked.  While I think we can average 6-10% per year in the managed future funds I have selected, the returns are going to be random.  Most managed futures funds are up this year as they have had good trades owning the dollar and betting against bonds.  It is possible that in one of the next few years you see stocks up 20%, bonds up 5%, and your managed futures fund down 15%.  I mentioned earlier that they have low to no correlation to stocks.  That can be a positive, but in some years it will be a big negative.  They can be hard to stick with when stocks are doing fine.  It is easy for me to explain why a stock fund is down in a year that the S&P 500 is also down.  CTAs make money from following strong trends.  Some years they buy and sell over and over and without hitting a strong trend and they will have negative performance.  It is hard to explain to a client that Copper, Soy, and the Euro never established a good trend this year and your CTA lost while stocks and bonds had a profitable year.  With the world I envision and the diversification benefits: I believe now is a good time to own managed futures.  I also anticipate keeping them as part of our portfolios for the next decade.  This will require patience as they will inevitably be down in a year where the 60/40 portfolio is performing well.