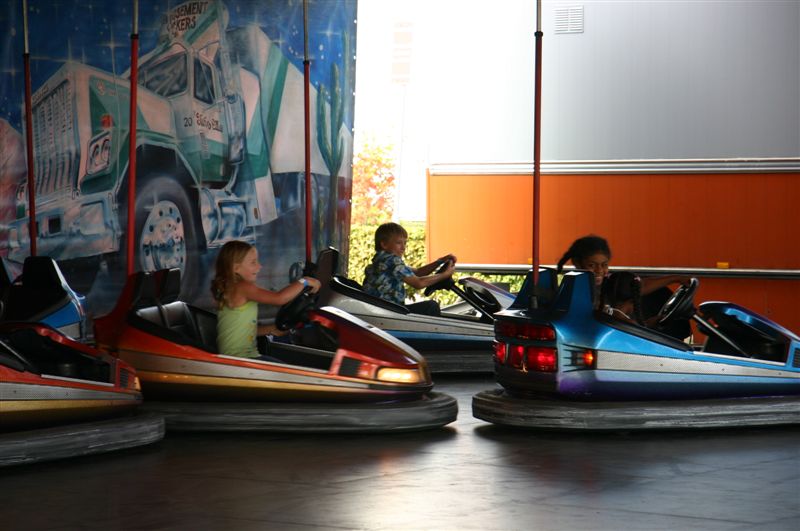 My 18 years without an auto accident ended in 2018: twice!  Hopefully there are some good lessons that you can learn from my fender benders to help you be wiser after your next accident.

Last July, I was parallel parking and accidentally scratched three square inches of paint off the bumper of a Yukon and did no damage to my car.  I knew from a prior experience that the entire bumper would need to be removed, sanded, and painted, and it was going to cost about $450.

I exchanged information with the owner of the Yukon and told her that it should cost about $450 and I would like to pay the autobody shop directly without going through insurance because it makes no sense to file small claims against my policy.  A week went by and I received a text message from her husband with a quote for $700 on a Friday night.  Thinking I was dealing with a normal human being, I texted him back and said that his quote seemed a little rich and I would like to see if I could find a better price since I was paying out of pocket.

On my very first call I received a firm quote to repaint their bumper for $525.  I immediately called the owner and asked if he would follow the Golden Rule and take it to the collision center that I had found.  I was very polite and pointed out how my shop had more and better online reviews and was even closer to their home.  He took it to the shop that I recommended and I received a strange call from the shop’s manager.  He informed me that they had damage on the other side of the bumper and it looked like they were trying to get the whole bumper fixed with my money.  The Yukon’s owner then texted me a message saying he didn’t feel comfortable with the shop I found for him.

A few days later the Yukon’s owner sent me quotes for $700 and $950 and threatened to turn this over to my insurance company if I didn’t pay him $800.  I was in the very uncomfortable position of paying an extortion or seeing my low-cost car insurance rates sky rocket.  I explained to the owner that although State law said he could take it to any shop he wanted, there was only so much that my insurance company would pay.  He wouldn’t budge on his ideas of grand-extortion and after a few days, I let them claim the scratch on my insurance policy.  It was a tough decision, but I was mad about them trying to steal from me.  I also felt that I couldn’t trust them.  As expected, my insurance adjuster went to their shop and paid out only $550, the true cost of the damage I caused.

Five months later, I was talking on my phone, while waiting to turn right on red at a light.  There was no one coming from the left and I saw the break lights release, but somehow missed that the driver decided to break immediately.  I was surprised at how loud a 2 mile per hour accident could be.  Later I would be even more surprised to find out how expensive a 2 mile per hour accident could be.

I gave my same speech about how silly this would be to file with insurance and let her take a picture of my insurance card and we exchanged numbers.  A few days later I got a quote from a known rip-off national chain for $2,200 and a rental car quote for about $400 more.  I asked the owners if they would take it to a shop I knew and they ended up getting a $1,300 quote to repair the bumper.  They said they would think about it and decided to get two more quotes.

While I thought the plastic bumper could be repaired for $1,300, they demanded that it be replaced for $1,700.  There was a good chance that an insurance adjuster would have paid out only $1,300, but knowing I already had the other at-fault accident on my record from July; I was in no position to protest.  I bit my lip and paid almost $2,000 for a ding with the radius of a dime.  Modern bumpers are just plastic and they now have cameras and sensors built into them.  All this technology makes repairs expensive and that is why car insurance rates have been rising.

In Texas an at-fault accident stays on your record for five years.  One accident is bad, but if you have two in five years, it can be extremely costly.  With two accidents, you could be dropped by your current carrier and potentially be forced to have to apply to be in the Texas Automobile Insurance Plan Association (TAIPA), or State Pool.  If you use the State Pool, you are paying insanely high rates for very low coverage levels.

We waited to get our renewal rates because one of the advantages of having an annual policy is that you lock your rate in for 12 months, even with my at-fault accident.  Kim and I have the highest liability insurance on two vehicles that are worth about $40,000 together.  I recently received my annual renewal rates after my auto insurer paid only $550 for my claim and they went from $1,570 per year to $2,667 per year.  That is an increase of over $1,000 per year or 70%.

To add insult to injury, I now have 53 more months before my at-fault accident goes off my record and I can go back to paying low rates again.  I also know that we need to be extremely careful to not get a second at-fault claim.

After a wreck, you always want to shop your renewal when it comes in.  We switched to a new auto insurance company and are now paying $2,043 per year.  We chose almost exactly the same coverage except we decided to raise our deductibles from $1,000 to $2,000 to save a little money.  Switching insurers saved us over $600 per year, but it is still extremely frustrating to see that a 3-inch scratch that cost my insurance company only $550 to fix is going to cost me $2,365 over the next five years until the wreck comes off my record.

People don’t like to hear our advice when we recommend trying to pay out of pocket for small claims.  It seems natural to use the policy that you have been paying thousands to every year.  Unfortunately, the math just doesn’t work for you on small claims.  You also likely lose accident free discounts from many companies that you may want to switch to.

The reason you have auto insurance is not to cover the scratches.  You have your auto insurance in place for the really unfortunate time that you end up hurting someone and it costs hundreds of thousands.

Another lesson to be learned from my experience is that your deductible only applies to your vehicle.  Because I chose not to fix the minor damage to my vehicle, I never paid my deductible.  If you can live with the damage done to your vehicle, you don’t have to fix your car and pay the deductible.

You need to weigh the pros and cons for filing your next claim versus trying to work it out with the other party.  Hopefully my experiences in 2018 will help you make a more informed decision with your next accident.